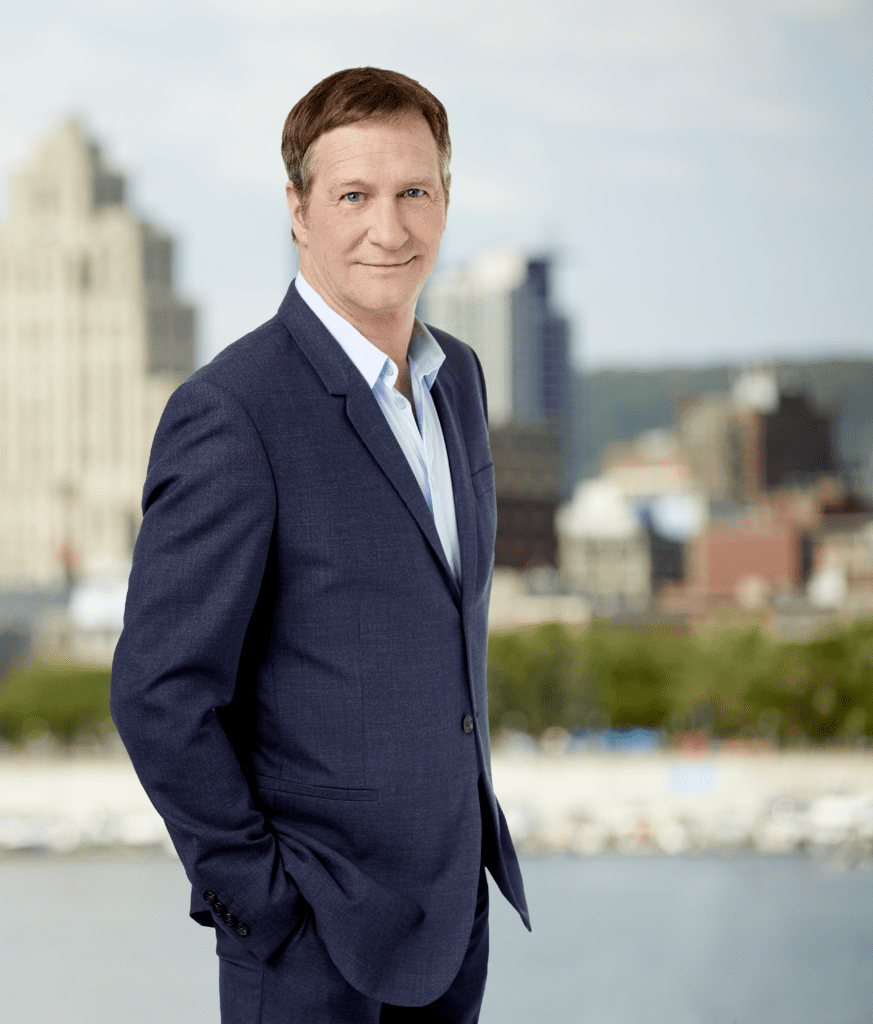 After studying in communications at the University of Quebec in Montreal, Pierre began his business career in the restaurant industry. After a career spanning more than twenty years, during which he opened several institutions in Montreal, he decided to reorient his career towards real estate.

Having developed an impressive network of contacts from the restaurant industry, he joined the RE/MAX du Cartier banner and soon became a leading broker in Montreal. With his knowledge of Montreal and what makes it an exceptional city, he quickly became a reference for buyers and sellers in the central districts of the city.

With certifications in both the residential and commercial fields, he continuously develops both sectors. In February 2020, he joined the YE/SARRAZIN team in order to put his expertise to good use and concretize the real estate projects of his clientele. Skilled, involved and meticulous, he ensures that the service offered to his customers is a priority.

My spouse and I hired Pierre Viens to help us find a plex. We wanted to connect with someone who knew the market well and who was really going to work on our team. We were not disappointed! Pierre's experience and knowledge of the Montreal market allowed us to find our new property quickly, even if the current market is difficult for buyers. In addition, he is friendly, professional and attentive to the needs of his customers. Thank you Pierre 🙂
Audrey Ostiguy
Thanks to Pierre Viens from the YE/SARRAZIN team. We are very satisfied with the sale of our condo with him. He is a skilled negotiator for both the purchase of property and the sale. It's always pleasant to work with him. We were also very satisfied with the photos which represented our home well. Thank you also to the whole team who has a network of experts who can be useful if needed (surveyor, engineer, photographer, ...). We also managed to have our house with Mr. Viens in a very competitive market and we are already looking forward to moving!
J.G
Previous
Next

A few properties for sale

Find our Team of Real Estate Brokers on Instagram

Follow the daily life of our real estate brokers and let us inspire you with images and videos of our favourite properties in the greater Montréal.